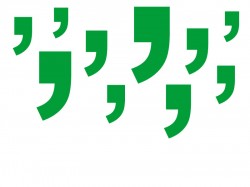 My week has been punctuated erratically by the ping of my inbox informing me of the arrival of a draft document for editing or proofreading. I have spent several happy evenings with my green pencil* scribbling notations across freshly printed pages as I consider questions of punctuation.

(* “Use a green pencil”, I was told in teacher training, “Red implies criticism. Green empowers the learner”. I’m not sure everyone feels empowered by this unless it is pointed out to them).

Lynne Truss writes, “No matter that you have a PhD and have read all of Henry James twice. If you still persist in writing “Good food at it’s best”, you deserve to be struck by lightning, hacked up on the spot and buried in an unmarked grave.” And if that doesn’t convince you, there are literally thousands of people out there weakly whinging that without an apostrophe “I’ll become ill” (which may be true on the page in isolation, but sadly is unlikely in real life).

A survey carried out in 2008 found that of all punctuation marks it is the apostrophe that causes most problems for UK adults. Nearly half of the 2,000-strong test group were unable to use it correctly.

I’m quite divided on the matter. Having studied linguistics this century I’m reasonably comfortable with language change, and uncomfortable with pedantry, which smacks of snobbery. Linguists tend to describe rather than prescribe, or even proscribe. I think there are few cases where apostrophe misuse endangers clarity in communication. Take this much quoted ad example:

Anyone taking such a command literally and going out of their way to spoil someone’s day is unlikely to have many loved ones in the first place, I think.

Lynne Truss gives another example: ‘The girl’s like spaghetti’.

Again, I suspect context would clear up any possible confusion, as a simile it is difficult to picture.

On the other hand, as a teacher and editor, apostrophe misuse is my bread and butter.

So, for those who’ve asked, and those who haven’t, the internet is brimming with articles on how to correctly use apostrophes (try this or this) and remember:

• PLURALS NEVER TAKE AN APOSTROPHE (unless you are a greengrocer)

1. THEY STAND IN FOR MISSING LETTERS e.g. I’m = I am, haven’t = have not, they’re = they are, it’s = it is or it has, Hallowe’en = (All) Hallow(s) Even(ing) (this is actually the only apostrophe use I would vote to save…somehow the apostrophe makes it spookier, I think, it could be kept as the one word in the language where the apostrophe is resurrected from the dead).

2. THEY INDICATE POSSESSION e.g. Lyra’s books are all over the floor.

If you are interested in apostrophes check out Lynne Truss’s lovely but pedantic book ‘Eats, Shoots and Leaves’ and, for balance, Michael Rosen’s blog.

Also for all those who love both apostrophes and country music (I can hear thigh slaps of enthusiasm) you should not miss this.

Of course, if you are still unsure about apostrophes and worried that your writing may be judged by a punctuation pedant then send your drafts to me…don’t worry, I never use red pen.