No. 10 Harry Potter and the Philosopher’s Stone by J.K. Rowling 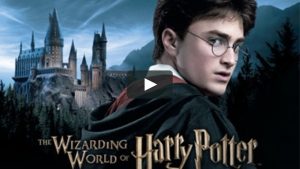 This is the last in my series of British novels and it is by far the most recent. As this book (the first of seven) was only published in 1997, it would be surprising that it has already given a word to the language were it not such a hugely popular series.

Muggle /ˈmʌɡ(ə)l/ (n.) a person who doesn’t know about something or how to do something This video game won’t appeal to muggles.

Excerpt Chapter One  – The Boy who Lived

Mr. and Mrs. Dursley, of number four, Privet Drive, were proud to say that they were perfectly normal, thank you very much. They were the last people you’d expect to be involved in anything strange or mysterious, because they just didn’t hold with such nonsense.

Mr. Dursley was the director of a firm called Grunnings, which made drills. He was a big, beefy man with hardly any neck, although he did have a very large mustache. Mrs. Dursley was thin and blonde and had nearly twice the usual amount of neck, which came in very useful as she spent so much of her time craning over garden fences, spying on the neighbors. The Dursleys had a small son called Dudley and in their opinion there was no finer boy anywhere.

See also The audiobook read by Stephen Fry and the films.